The ways in which scientists, engineers, ethicists, and policymakers think about human genome editing may differ from the perspectives of the general public. To better understand the issues, tradeoffs, and priorities of the public on this emergent scientific toolset, CSPO is partnering with the Kettering Foundation to develop an issue guide on human genome editing. 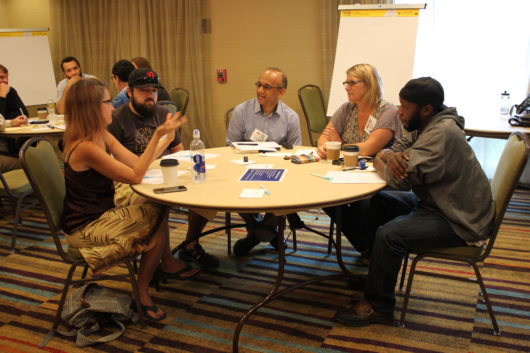 To develop the issue guide, CSPO will be hosting a series of small, deliberative focus groups in three cities in the United States. During the focus group deliberations, diverse groups of community members will share their hopes and concerns regarding human genome editing, offering their perspectives on key considerations underlying this technology.

The Kettering Foundation is an organization dedicated to using democratic deliberation as a way for people to collectively address complex, value-laden issues affecting their lives, their communities, and their nation. The issue guide developed through this project will be available on the National Issues Forum website for further use by communities to discuss and explore the complexities of human gene editing.