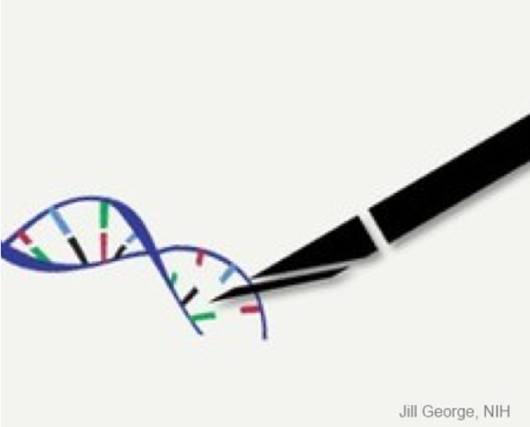 Scientific advances have opened the door to new possibilities for human genome editing. Powerful new gene-editing tools such as CRISPR-Cas9 hold promise of disease treatment and prevention. Genetic alterations made by these tools, however, could be passed on to future generations, raising a suite of complex ethical challenges. In 2018, a Chinese scientist shocked the world with his announcement of the first ‘CRISPR’ babies, prompting the scientific community to call for moratoriums on further human genome editing experiments. Both within and beyond the scientific community, people are grappling with whether and how these tools might shape our futures. How should this suite of technologies be used? Under what conditions? How should it be governed?

From Local to Global: Public Values on Gene Editing

We aim to bring the voices of the public into these discussions through three connected projects. In partnership with the Kettering Foundation, CSPO is developing an issue guide that can be used for community-based, deliberative conversations about human genome editing. Using CSPO’s participatory technology assessment (pTA) method, the project team will draw on themes from the issue guide to help inform the design of a series of large-scale public deliberations on human genome editing. The deliberations are part of a larger project that aims to develop forward-looking, democratically derived, and ethically reflective processes useful in preparing for possible futures related to human genome editing.

Human genome editing presents an issue of global consequence. In light of international discussions amongst members of the scientific community about how to govern human genome editing research, the Centre for Deliberative Democracy and Global Governance is convening the first Global Citizens’ Assembly on Genome Editing. Hosted in cities around the world and culminating in one global-level deliberation, these assemblies will add public values and sentiments into ongoing and future national and global policy discussions on genome editing. CSPO will serve as the United States national organizer, alongside global partners including the United Nations and the World Health Organization. As such, CSPO will work to incorporate outputs from U.S. public deliberations into global-level findings for distribution to decision makers at the national and global scale. 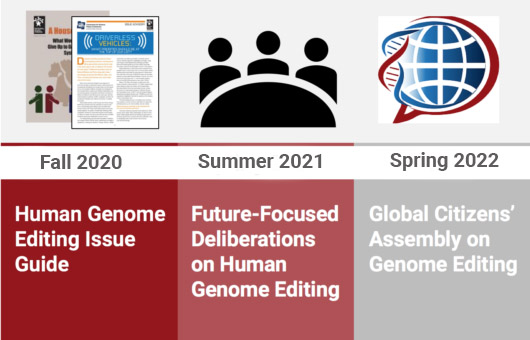