International efforts to address climate change have focused on reducing the amount of warming greenhouse gases emitted into the atmosphere, or mitigation. But the political and technological difficulties of achieving mitigation targets have become ever more apparent, and adapting to unavoidable climate change has in recent years also become an essential component of international climate policy. Such difficulties have also pointed toward the possibility of a third response to climate change: intentional manipulation of the climate to reduce the negative impacts of warming, or geoengineering.

Should scientists conduct research on methods of directly intervening in the global climate to avoid the worst impacts of climate change? Prompted by concerns about climate change risks, some scientists and commentators argue that research on these techniques should now be pursued as one element of a climate policy strategy. Others are concerned that even researching these ideas might lead to the inadvisable development of fundamentally irreversible and uncertain technologies.  Both sides agree that this is not an issue to be decided by scientists alone.

To better understand geoengineering, researchers have proposed a variety of field experiments. Some of these planned experiments to research a method called solar geoengineering have secured funding. Solar geoengineering is intended to reflect sunlight before it heats the atmosphere or to allow more heat to escape into space. As these scientists move ahead, how should research be governed to address existing concerns and uncertainties, and anticipate future ones?

This CSPO project will use innovative methods of engaging the public and stakeholders to address this question. Through workshops with key stakeholders and structured deliberations with hundreds of citizens, the research team will gain important insights into how geoengineering research governance can be responsive to public perspectives and concerns. The team will connect these insights directly to early governance efforts at the national and global level. These include efforts by researchers and research funders; advisory commissions overseeing experimental proposals; experts developing research codes of conduct; and international organizations engaged in ongoing conversations about geoengineering research and its governance.

By working with citizens to develop a balanced framing of the profound questions raised by geoengineering research, this project seeks to help experts and decision makers benefit from the insights and priorities of the public. If successful, this project can serve as a model for informing governance of other types of emerging technologies and controversial research.

The Consortium for Science, Policy and Outcomes (CSPO) at Arizona State University (ASU) will be the lead institution for this project. A transdisciplinary consortium dedicated to understanding the linkages between science, technology, and society, CSPO draws on the intellectual resources of ASU and other institutions to assess and foster outcome-based policies.

PlanetWorks is an ASU-based initiative engaging the challenges of managing Earth’s systems in the Anthropocene. PlanetWorks’ mission is to catalyze research, discussion, and education around deliberate interventions in Earth’s systems, including geoengineering. 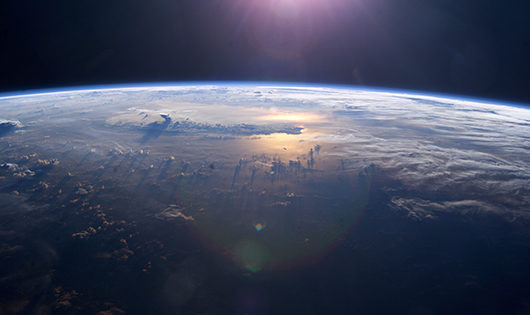