Tinkering with the Temperature of Planet Earth: A citizens’ deliberation on climate geoengineering 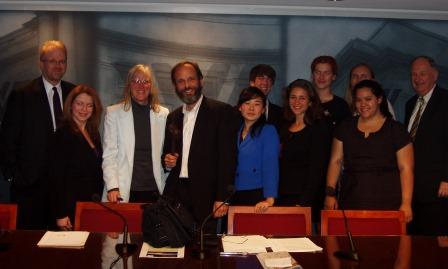 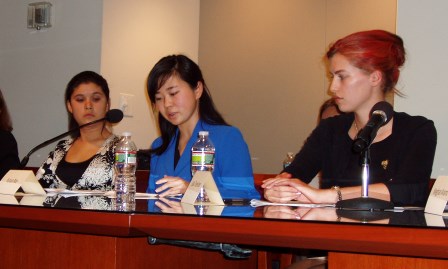 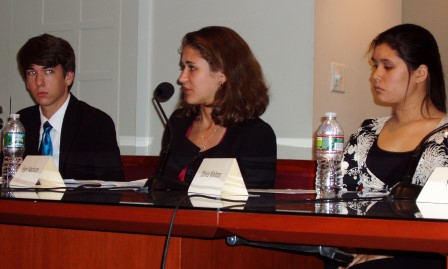 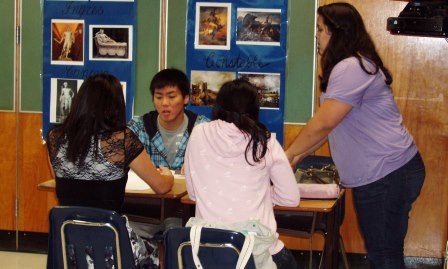 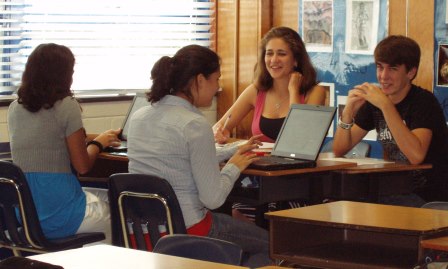 The students in the Science Policy Program at Thomas Jefferson High School for Science and Technology were presented with this scenario: “We have invited you to take part in a Citizen’s Conference on cloud whitening technology because Congress needs to learn about your views on what should be done about applying this particular form of geoengineering to combat global warming. Congress has convened a special session to enact legislation that will accelerate the pace of current research and development in cloud whitening technology—technologies that aim to lower global temperatures by reflecting sunlight back into space.” [project memo]

For three weeks beginning in late September, the students in the Science Policy Program at Thomas Jefferson High School for Science and Technology posed as citizens groups from the States of Virginia and Maryland and the District of Columbia. They deliberated face to face with each other and on-line with experts in the field about the prospects, potentials, uncertainties and challenges associated with the research and development of cloud whitening technologies. They had a chance to listen respectfully to each other, review publicly available information, and obtain answers to their questions directly from experts in the field. Reflecting on these deliberations they formed a set of recommendations about how the research and development of these technologies should or should not be managed. The students then prepared written testimonies and presented them in a mock Congressional Committee Hearing on October 19, 2010, before a panel comprising of Claire Parkinson of NASA, Ana Ivelisse Aviles of the U.S. Government Accountability Office, Sam Thernstrom of the Bipartisan Policy Center, Mike MacCracken of the Climate Institute, and CSPO co-director Dan Sarewitz. [project memo]

Partnerships for this project included the Association of Science Technology Centers, the science policy program at Thomas Jefferson High School for Science and Technology, and the Science and Technology Innovation Program at the Woodrow Wilson International Centers for Scholars. Other members of the ECAST network, the Museum of Science, Boston, Loka Institute and Science Cheerleader, all contributed valuable guidance towards developing and implementing the project.