"Science on the Verge" analyzes the ongoing crisis in science and science-based policy, and what can be done about it. 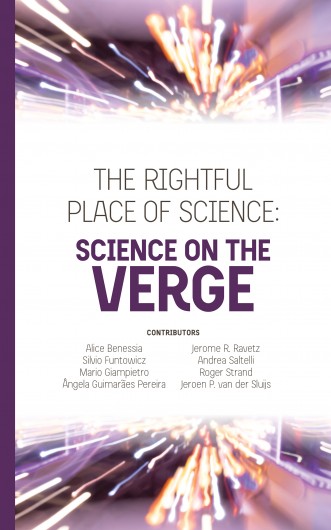 Unsettling cracks in the scientific edifice have been appearing for years. The controversial idea that most published research findings are false. Influential papers with basic coding errors. The inability to reproduce the findings of classic textbook experiments. Prestigious journals publishing wildly popular but completely fraudulent papers.

Worse, these issues are clearly not just problems for science. When decision makers use faulty science to inform and support their policies, the social implications can be enormous. For example, millions of people in Europe are living under harsh austerity policies, which were in part justified by an influential paper from two Harvard economists that turned out to be false.

This crisis in science and science-based policy has been largely unexamined—until now.

In “Science on the Verge,” the latest volume in The Rightful Place of Science book series from the Consortium for Science, Policy & Outcomes, a group of scholars in the fields of post-normal science and scientific governance focus their attention on the use of science for policy making, and the dramatic crisis within science itself. Their conclusions are worrying, as the authors trace ethical, epistemological, methodological, and even metaphysical problems that go to the foundations of the scientific enterprise.

Philip Stark at the University of California Berkeley was startled by the book’s findings: “Wow. This penetrating, provocative, and irrefutable view of the debasing of science cuts to—and through—the bone. Every producer, consumer, and believer of ‘science’ should read this book.”

“Science on the Verge” also explores some potential solutions to the crisis. As Jack Stilgoe of University College London notes, “This book is certainly critical, but it is resolutely constructive.” The book outlines some of the concepts that need to be unlearned, in addition to the skills that must be relearned and enhanced, if we are to restore the legitimacy and integrity of science.

“Science on the Verge” is now available from Amazon.com. It is the sixth volume in CSPO’s innovative Rightful Place of Science series, which explores the complex interactions of science, technology, politics, and society. 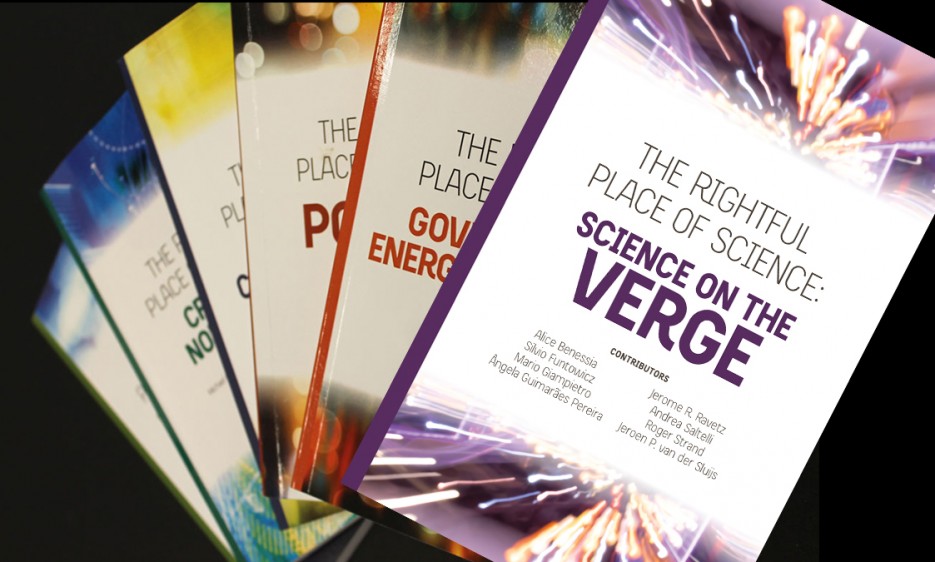