Summer reading is wonderful: the perfect time to find a comfy beach chair, sip a cold iced tea, and settle in with a well-plotted novel that makes the hours skip by in pleasurable escapism…. Who are we kidding? It’s impossible to get comfortable on a sandy beach towel; you’re sweaty and sunburned and half tipsy from an oversweet alcoholic concoction; and you can barely read a sentence without having to swat away a biting insect. Summer reading is the worst.

Fall, on the other hand—now that’s the time to read a good book or two. As we look forward to shorter days and more bearable temperatures, here are the books that we at the Consortium for Science, Policy & Outcomes are excited to read. 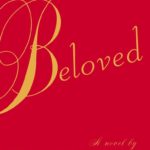 I just finally, after many years, got around to Adam Hochschild’s King Leopold’s Ghost, which with Hochschild’s more recent Bury the Chains is just a remarkably good narrative about a bad story: the European plundering of the African continent through colonial conquest and the slave trade. And in Gettysburg this past weekend, I was reminded of James McPherson’s magisterial history of the civil war, Battle Cry of Freedom. Now, it’s on to Beloved, neglected since college, in honor of Toni Morrison’s recent death. 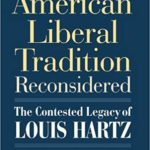 I have the political scientist Louis Hartz on my mind. This summer took me to Montreal, Hong Kong, and Singapore, and I couldn’t help but think about his “fragment culture” thesis. Montreal felt more French than France; Hong Kong didn’t feel like a former British colony; and Singapore felt like colonization met Coca-Cola-nization. Simplified, Hartz’s celebrated—and then vilified—observation was that when you remove a culture from its home setting it evolves differently, since the colony comprises only a fragment of the original society and lacks ideological antagonists in the new environment. Fast-forward in time and you see interesting differences in political ideology between the whole and fragment. In what remains of this summer I am interested trying to make sense of my feelings from these visits by revisiting Hartz with the benefit of contemporary insight and reading Mark Hulliung’s The American Liberal Tradition Reconsidered: The Contested Legacy of Louis Hartz. 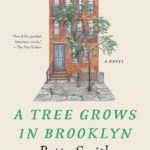 Sometimes classic novels slip through the cracks of school summer reading lists and don’t reappear in our lives until much later (when the now self-prescribed lists are longer and the available time to make our way through them is shorter). A friend’s recommendation of A Tree Grows in Brooklyn, by Betty Smith, however, has placed the American classic at the top of my reading list for this fall. After devoting much of my reading time to consuming news articles focused on current events, I am excited to deeply explore the emotions and daily experiences of Francie Nolan as she comes of age in the slums of Williamsburg. So if you, too, happened to miss out on this novel while in school, I recommend checking out a copy from the library as well. Be warned though, you might have to compete with a long list of high schoolers. 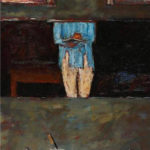 There is a minor, if unsettling, episode in the ninth installment of Anthony Powell’s cycle of novels of upper-crust British life in the twentieth century, A Dance to the Music of Time. Rumors of the killing of captured Polish officers by the Soviet Union circulate among the staff of the War Office in 1943. The odious Kenneth Widmerpool, Powell’s greatest fictional creation, expresses his irritation at Polish officials in exile for requesting an investigation of the massacre: “Our own relations with the USSR are never exactly easy—then for the Poles to behave as they have done…. One would really have thought someone at the top of the Polish set-up would have grasped this is not the time to make trouble.”

This massacre did in fact occur, and Britain essentially endorsed Widmerpool’s position, opposing any sort of inquiry to avoid harming its alliance with the Soviets. In 1940, shortly after then-allied Nazi Germany and the Soviet Union finished carving up Poland, Soviet leadership ordered the death of tens of thousands of captured Poles, including much of the country’s intelligentsia and nearly its entire officer corps. One Polish officer, mysteriously spared, was Józef Czapski. He was tasked with reconstituting the Polish forces to fight alongside the Red Army after Germany invaded the USSR in 1941. Unaware of the killings, he spent years attempting to figure out what had happened to his fellow officers. This is only a single, dark moment in a life more extraordinary than that of any fictional character—one that included studying in St. Petersburg during the Russian Revolution, painting in Paris during the 1920s, and settling into postwar celebrity as a noted artist and public figure. I’m looking forward to reading about Czapski and his century in Almost Nothing, the recent biography by Eric Karpeles. 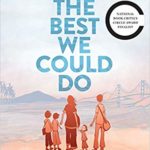 Getting married this fall is one of the few occasions that will bring my family and friends together from all around the world. It’s a time for celebration, but will likely be one of the last times I will see some of my older family members. It’s made me think a lot about my heritage and all the untold family stories that I only know the outlines of because the details are too difficult to discuss. So this fall I’ll be reading The Best We Could Do by Thi Bui, an illustrated memoir about a refugee family much like my own and their experiences before and after the Vietnam War. 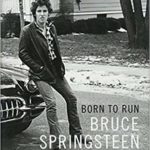 Well I guess it’s time for this Jersey boy to read Bruce Springsteen’s autobiography. I wish he hadn’t called it Born to Run, but perhaps that was the inevitable choice. I first saw him in July 1974 at a small club in New York City called the Bottom Line. I sat at a table directly in front of the stage. He was really skinny, and to say he blew me away would be an understatement. For this atheist, it was as close to a religious experience as I’ve ever had. Anyway, after that our paths diverged. I left Jersey; he stayed. I wrote a lot more science policy articles than he did. And, in fact, I haven’t seen him since—what would be the point? But now we’re both getting old, and I’m thinking it’s time to catch up on whatever it is he’s been up to.


Books We’re Reading this Fall
Worried About Science Funding? Brush Up on Policy and Politics
Teaching Bioethics With Pool Noodles