A new program engages diverse groups of people on ways to reduce their vulnerability to climate hazards.

On an unseasonably warm Sunday morning in June, more than sixty people gathered in a sunny conference room at the Museum of Science Boston for an unusual event. They were a diverse group in terms of age and ethnicity and educational background. Most didn’t know each other prior to showing up that morning at the science museum. They checked in with the event’s organizers, were ushered up to the third floor of the museum, and found seats at tables throughout the large room. As they sipped coffee and took in sweeping views of the Charles River, David Sittenfeld, the manager of the museum’s forum programs, explained what they were there to do. Over the next eight hours, they would explore potential vulnerabilities resulting from sea level rise and extreme precipitation, discuss strategies for addressing these hazards, and make recommendations for increasing the Boston region’s climate resilience.

What made this event unusual was not the participants’ diversity, the program’s location at the Museum of Science, or that organizers managed to get dozens of people to spend a beautiful day in a conference room talking with strangers. It was extraordinary because everyday people are not normally consulted for their perspective on policy matters, even for policies—like those intended to promote climate-resilient communities—that could have an enormous impact on their lives and livelihoods. Whether the Boston metropolitan area is prepared for the next record-breaking winter or the anticipated two meters of sea level rise by 2100 depends on the strong social bonds of an informed community, and the actions that community chooses to take. This forum was the first step in an innovative project intended to educate communities about their climate risks and help them explore strategies for improving their resilience. 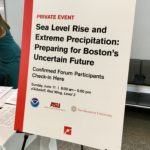 With the generous support and partnership of the National Oceanic and Atmospheric Administration (NOAA), the Expert and Citizen Assessment of Science and Technology (ECAST) network hosted the Boston forum and developed the materials that participants used to discuss climate resilience. ECAST is a novel partnership that combines academic research, informal science education, citizen science programs, and nonpartisan policy analysis to engage citizens on critical issues relating to science and technology. Arizona State University’s Consortium for Science, Policy & Outcomes and the Museum of Science Boston are founding members of the ECAST network. Building on their experience leading citizen engagement forums for federal agencies like NASA, they lead this NOAA project on improving community climate resilience.

As the first of a planned eight forums that will take place around the country over the next twelve months, the Boston forum was a test run of the forum structure and materials. ECAST organizers eagerly (and a bit anxiously) observed the day’s proceedings, noting where they could make changes and improvements for future forums.

After introductory remarks, forum participants walked to the museum’s planetarium for a presentation about four climate hazards. Zooming across the Earth’s surface, the planetarium program used up-to-the-minute NOAA data to visualize the interrelated effects of sea level rise, extreme precipitation, drought, and heat waves. Communities worldwide currently face these hazards, and scientists expect climate change to exacerbate these threats. Since Boston is a coastal city that frequently deals with significant rain- and snowfall, the discussions that followed the planetarium show focused on extreme precipitation and sea level rise. (The next forum, in Phoenix, AZ, will address drought and heat waves.)

On their return to the conference room, participants sat at tables of four to eight people for day-long facilitated discussions. They explored climate hazards and the risks these hazards posed to health, infrastructure, and the local economy. They asked questions of experts who were standing by to provide additional information. A resilience planner from the city of Cambridge gave a lunchtime talk that described how the city was attempting to reduce its vulnerability to climate change. Participants discussed a variety of potential strategies for dealing with climate hazards and increasing community resilience, and talked about the uncertainties and risks inherent in climate projections and any future-oriented actions.

They mapped out how various imagined stakeholders might feel about the hazards and the proposed strategies. And participants relied on their own experience with coastal flooding and extreme rainfall, and strategies to deal with them. Participants’ questions about current development in areas prone to flooding, for example, came up in discussing potential resilience measures. Some people brought up resilience strategies familiar to them from other places. In doing so, they combined assessment of scientific predictions with their own preferences and values, a critical outcome for ECAST. At the end of each session, they developed their own resilience strategies, and studied visualizations of their strategies’ potential effects.

In short, these citizens participated in remarkably detailed and informative conversations about threats to their communities and voiced their perspectives on measures to address those threats. This kind of engagement helps researchers and policymakers develop strategies for confronting real-world problems in a democratic fashion. For the public, learning about scientific processes and uncertainty, along with improved knowledge about measures that can reduce vulnerabilities, helps make them more involved in and supportive of robust resiliency measures. As the planet warms and faith in public institutions wanes, conversations like these—that better connect everyday citizens with each other and with public officials in support of shared goals—have never been more important. 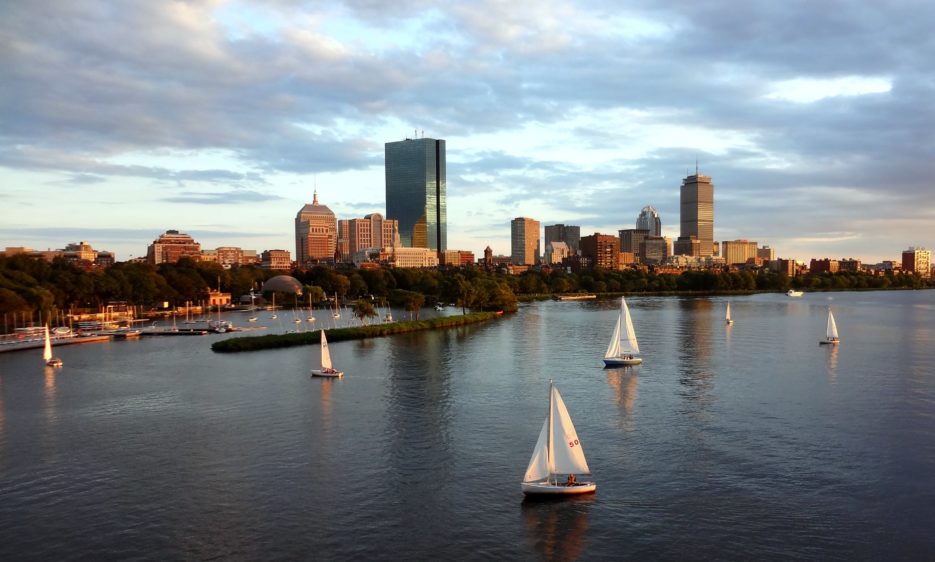