Protecting the Integrity of Government Science

The need for a federal scientific integrity framework

Scientific findings inform decisions at a wide range of federal agencies, from the Food and Drug Administration to the National Oceanic and Atmospheric Administration. The Environmental Protection Agency (EPA), for instance, relies on scientific findings for its work in areas that include setting standards for clean air and water and minimizing asbestos exposure in workplaces and schools.

But this science sometimes comes into conflict with the political objectives of various administrations. In her testimony before Congress last year, Elizabeth Southerland voiced concern about political interference in EPA’s scientific work—something she had experienced during her 33-year career at the agency. “EPA cannot protect the health and welfare of the American people,” she noted, “if the career scientists are silenced or ignored.”

What’s more, Southerland writes in a new essay for Issues, “scientific integrity violations are a misuse of critical, costly government resources. They can disrupt policymaking and could ultimately harm people.” She builds a strong case for why enshrining scientific integrity policies into law is the best way to ensure that federal decision making is based on rigorous and independent research.

Visit Issues.org to read more about why federal scientific integrity policies and practices must have the full force of law behind them to really work.

Photo by the National Institutes of Health. 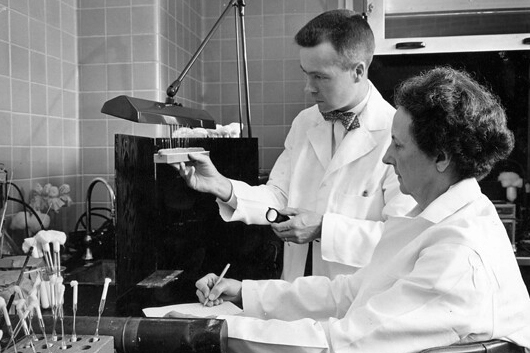