How the Public Can Inform Science and Technology Policy: The Case of Planetary Defense

How can participatory technology assessment (pTA) be used to impact science and technology policy?

In the world of science and emerging technology, it can seem sometimes that the latest research stays within the realm of policymakers and scientists.

But there are growing numbers of people in those communities who think the knowledge—and the ideas for how we move forward—should belong to everyone.

A four-hour event Friday at the Barrett & O’Connor Washington Center—hosted by ASU’s School for the Future of Innovation in Society, School of Earth and Space Exploration, and the Consortium for Science, Policy & Outcomes, in partnership with the Museum of Science, Boston—brought in a variety of members of the Washington science policy community, media, and academic organizations.

“Your role today is as a citizen, not as a member of the inside-the-Beltway ‘privileged class,’” CSPO co-director Daniel Sarewitz told the crowd before they were divided into teams and charged with the day’s discussion mission.

On Friday, participants at the ASU center went through the same process, focusing on planetary defense (that is, defending the planet against asteroid collisions—though one NASA representative in attendance did tell this writer in an aside that “nothing is headed our way today”—or anytime soon).

After spending about an hour deliberating at their tables with the interactive decision boards, the teams presented their choices to the room. Most chose option 3 (the U.S. leading an international partnership) though a few went with option 2 (creating a new U.S. office of planetary defense).

Just as had been the response in CSPO’s pilot citizen-input study, participants were enthusiastic after the process and full of questions and comments, including some questioning whether we should be spending money on planetary defense at all—especially “when climate change is an issue as well,” one person said.

The goal of such citizen forums is to both engage the public in issues of science, technology, and policy, and to seek the creativity of people outside the usual voices heard in science debate.

“It takes folks to step back and look more at the whole,” Lindley Johnson, planetary defense officer at NASA, said about public input. “The American citizen has the ability to take a more holistic view of what the program should be. It is the American taxpayers’ space program.”

— from Day 5 of the ASU Now coverage of the Barrett & O’Connor Washington Center opening. Photos by Charlie Leight/ASU Now. 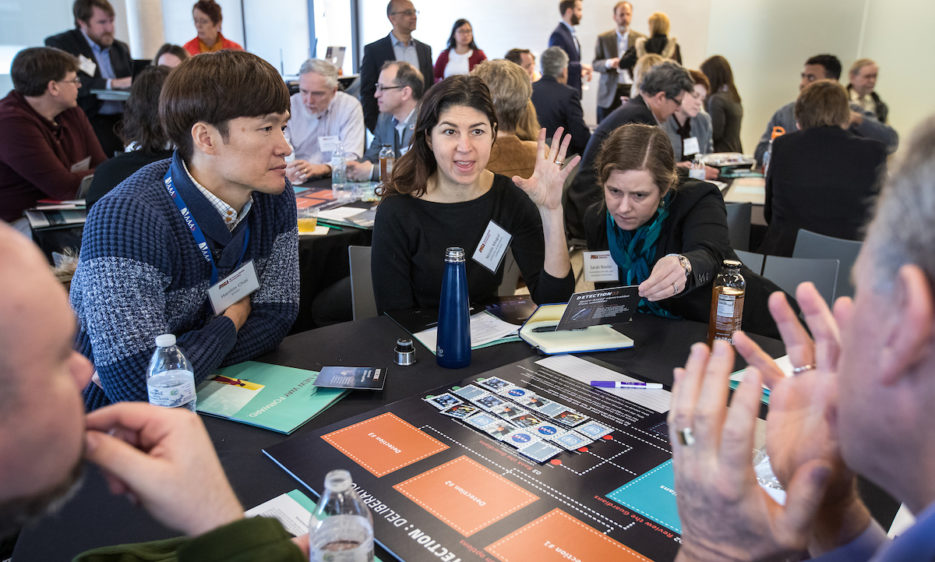