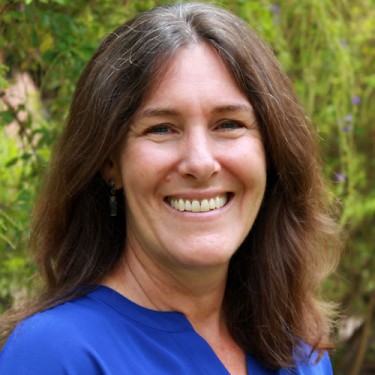 Mary Jane was working as a Peace Corps volunteer in a rural village not too far from the city of Marrakesh, Morocco, when she first began to contemplate socioeconomic development. At the same time, her interest in political development and change continued in the context of the Kingdom of Morocco and the role of religion in the political system. After receiving her Ph.D. in International Studies in 1999 from the Korbel School of International Studies at the University of Denver, with concentrations in International Development and International Politics, Mary Jane found herself at Arizona State University in the College of Technology and Applied Sciences, where she was given the opportunity to develop a graduate program, based in the social sciences, which examined the role of technology in development, which would become in 2001 the Global Technology and Development program.

Joining CSPO and the School of Letters and Sciences in 2009, she views the study of development, science and technology has a crucial part of CSPO’s mission, and has worked to integrate the Global Technology and Development students and curriculum into the Consortium. Concerned with global disparities in access to basic needs, both between and within societies, her research has examined the role of science and engineering in development in Latin America, and information technology in international integration and political development in the region. As well, she continues her research on Islam and politics in North Africa, and is interested in Islamism as a social movement within the context of political change in the region. Her research has been published in book chapters and journals, including Review of Policy Research and Information Technologies and International Development, and the Journal of North African Studies.

With a significant focus on education, Mary Jane designs and teaches courses in Latin American and Middle Eastern politics and development, technology and international politics, and international development. She also co-teaches courses in science policy, and cultural aspects of sustainability with CSPO faculty. She believes strongly in international education, and the value of questioning one’s assumptions and cultural perspectives, and has led students on study abroad trips to the Middle East and Latin America in this endeavor. To constantly innovate and improve university teaching is also a prime goal, including the development of methodologies and techniques to enhance the online learning environment.