Stonington Professor of Engineering and Atmospheric Science at Harvard University 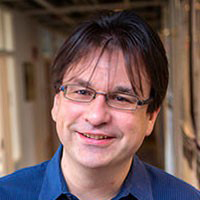 Frank Keutsch is a Stonington Professor of Engineering and Atmospheric Science at Harvard University where he runs SCoPEx, a scientific experiment to advance understanding of stratospheric aerosols that could be relevant to solar geoengineering. His research combines laboratory and field experiments with instrument development to investigate fundamental mechanisms of anthropogenic influence on atmospheric composition within the context of impacts on climate, humans and the environment. Frank Keutsch received his Diplom in chemistry from the Technische Universität München, Germany, under the supervision of Vladimir E. Bondybey in 1997. He received his Ph.D. in physical chemistry from the University of California at Berkeley in 2001. After working on stratospheric chemistry in the Department of Chemistry and Chemical Biology at Harvard University under the direction of James G. Anderson, he started his independent academic career in 2005 at the University of Wisconsin-Madison before moving to his current position.