Professor
School for the Future of Innovation in Society 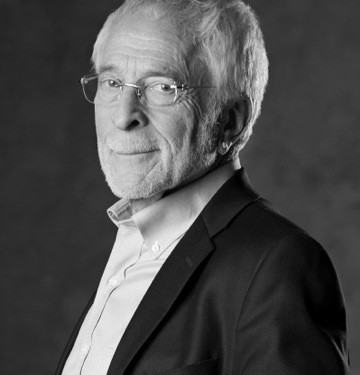 Lee Gutkind is the author or editor of more than 30 books, including his most recent, a memoir, My Last Eight Thousand Days: An American Male in his Seventies.

Gutkind is founder and editor of Creative Nonfiction, the first and largest literary magazine to publish narrative nonfiction exclusively.  He has lectured to audiences around the world—from China to the Czech Republic, from Australia to Africa to Egypt and appeared on many national radio and televisions shows, including The Daily Show with Jon Stewart (Comedy Central), Good Morning America, National Public Radio’s Talk of the Nation and All Things Considered, as well as BBC World.

Gutkind is the recipient of grants and awards from many different organizations, from the National Endowment for the Arts to the National Science Foundation, and the John Templeton Foundation.  A prolific author, his books include Almost Human: Making Robots Think, Forever Fat: Essays by the Godfather, and the award-winning Many Sleepless Nights: The World of Organ Transplantation.

His book:  You Can’t Make This Stuff Up: The Complete Guide to Writing Creative Nonfiction, From Memoir to Literary Journalism to Everything in Between, is “Reminiscent of Stephen King’s handbook On Writing,” according to Kirkus Reviews—”An accessible, indispensable nonfiction guidebook from an authority who knows his subject from cover to cover.”

He is Distinguished Writer-in-Residence in the Consortium for Science, Policy & Outcomes at Arizona State University and a professor in the School for the Future of Innovation in Society.

To Think, To Write, To PublishRethinking our Writing, Rewriting our Thinking: A workshop series