Member, Common Secretariat for the Conference on the Future of Europe 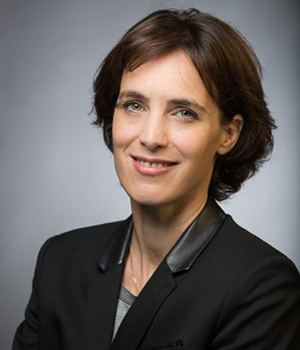 Gaëtane Ricard-Nihoul holds a degree in political science from the University of Liège and an MPhil and a DPhil in European politics and society from Oxford University. Her research focused on policy formation in the European Union, and more particularly on education policy.

Gaëtane Ricard-Nihoul joined the European Commission Representation in Paris in 2011, where she was successively political analyst, acting Head of the Representation and then deputy Head and responsible for the political sector. Beyond her functions of management and representation, she was involved in numerous projects linked to communicating Europe in France and citizens’ participation, such as la Fête de l’Europe in Paris, the organization of Citizens’ dialogues or Les Décodeurs de l’Europe.

In 2018, she was seconded to the French Ministry for Foreign Affairs where she successively held the position of Deputy Secretary general for the Citizens’ consultations on Europe and Head of the Citizens’ Conferences Department at the Mission Grand Débat. She then advised the Secretary of State for European Affairs on civil society engagement and citizens’ participation.

After she reintegrated the European Commission in Brussels in early 2020 as Deputy Head of the Unit dealing with Citizens’ Dialogues, she subsequently joined the Common Secretariat for the Conference on the Future of Europe, where she is more particularly in charge of the conception and organization of the European Citizens’ Panels.