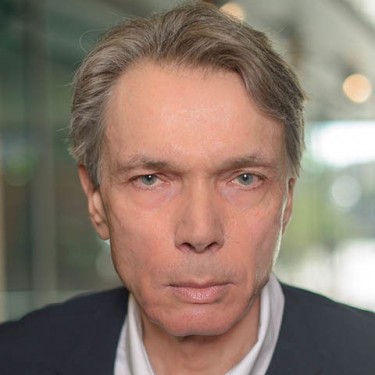 William Dabars is Senior Research Fellow for University Design and Director of Research for the New American University in the Office of the President, Arizona State University. He is also an associate research professor in the School of Historical, Philosophical, and Religious Studies. He has served in various research capacities for the University of Southern California, University of California, Santa Barbara, and the Getty Research Institute, one of the operating programs of the J. Paul Getty Trust, and as a consultant for the Getty Conservation Institute and University of Colorado, Boulder.

He received a PhD in History from the University of California, Los Angeles. While his primary field at UCLA was European intellectual and cultural history, his dissertation, current research, and publications focus on the American research university. Associated research areas include disciplinarity and interdisciplinarity, epistemology and the organizational context of knowledge production, organizational theory, comparative institutional analysis, and the economics of university-based research and development.

Crow, Michael M. and Dabars, William B. 2015. "A New Model for the American Research University." Issues in Science and Technology, Spring: 55-62.

Crow, Michael M. and Dabars, William B. 2013. "Interdisciplinarity as a Design Problem: Toward Mutual Intelligibility Among Academic Disciplines in the American Research University." In Enhancing Communication and Collaboration in Interdisciplinary Research, eds. Michael O’Rourke and Stephen Crowley, 294-322. Los Angeles: Sage.

Crow, Michael M. and Dabars, William B. 2012. "University-Based R&D and Economic Development: The Morrill Act and the Emergence of the American Research University." In Precipice or Crossroads: Where America’s Great Public Universities Stand and Where They Are Going Midway Through Their Second Century, eds. Daniel Mark Fogel and Elizabeth Malson-Huddle, 119-158. Albany, New York: State University of New York Press.

Crow, Michael M. and Dabars, William B. 2012. "Knowledge Without Borders." The Cairo Review of Global Affairs, 5.