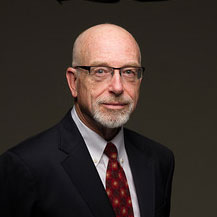 Professor Bozeman’s research articles have appeared in every major U.S. journal in the fields of public policy and public management, as well as such diverse journals as American Journal of Political Science, IEEE Transactions in Engineering Management, Research Policy, Economics of Education, American Journal of Public Health, Social Studies of Science, Managerial and Decision Economics, and Human Relations. On many occasions, his research has been summarized in science publications, such as Nature, Nature Medicine, Science, and Issues in Science and Technology and mass media, including, Wall Street Journal, New York Times, The Economist, Chronicle of Higher Education, and The Philadelphia Inquirer.

Bozeman’s practitioner experience includes a position at the National Science Foundation’s Division of Information Technology and a visiting position at the Science and Technology Agency’s (Japan) National Institute of Science and Technology Policy. Bozeman has served as a consultant to a variety of federal and state agencies in the United States, including the Internal Revenue Service, the Department of Commerce, the National Science Foundation and the Department of Energy. He has helped in the design and evaluation of the national innovation systems of the Republic of South Africa, Canada, New Zealand, France, Israel, Chile, and Argentina. He is a member of the scientific council of the Institut Francilien Recherche, Innovation et Société (France).

Bozeman’s research has been supported by the National Science Foundation, National Institutes of Health, Department of Energy, the Environmental Protection Agency, NIST, Rockefeller Foundation, Kellogg Foundation, and Sloan Foundation. He is an elected fellow of both the American Association for the Advancement Science and the National Academy of Public Administration. Awards received include the Charles Levine Memorial Award of the American Society for Public Administration and the National Association of Schools of Public Affairs and Administration.  Bozeman received the 2013 Public Management Research Association’s H. George Frederickson Award for “lifetime achievement and contributions to public management research.

Boardman, Craig, Slade, Catherine and Bozeman, Barry. 2012. "A Retrospective of the U.S. National Nanotechnology Initiative (NNI): Lessons Learned for Coordination of Federal Scientific and Technical Work at the Nanoscale." Making it to the Forefront: Nanotechnology-A Developing Country Perspective, ed. N. A. Duda. Springer.

Public Value Mapping: Developing A Non-Economic Model of the Social Value of Science and Innovative Policy