The Governance of Solar Geoengineering

Climate change is among the world’s most important problems, and solutions based on greenhouse gas emission cuts or adapting to a new climate remain elusive. One set of proposals receiving increasing attention among scientists and policymakers is “solar geoengineering” (also known as solar radiation modification), which would reflect a small portion of incoming sunlight to reduce climate change. Evidence indicates that this could be effective, inexpensive, and technologically feasible, but it also poses environmental risks and social challenges. Governance will thus be crucial.

Co-hosted with the Forum for Climate Engineering Assessment. 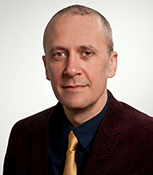 Jesse Reynolds is an Emmett/Frankel Fellow in Environmental Law and Policy at UCLA School of Law for 2018-2020. He researches how society can develop norms, rules, and institutions to manage transboundary environmental problems, particularly those involving new technologies. While his…