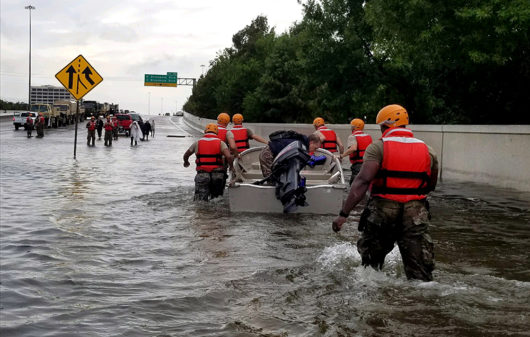 Before Hurricane Harvey made landfall on Aug. 25, there was little doubt that its impact would be devastating and wide-ranging.

Unfortunately, Harvey delivered and then some with early estimates of the damage at over $190 billion, which would make it the costliest storm in US history. The rain dumped on the Houston area by Harvey has been called “unprecedented,” making engineering and floodplain design standards look outdated at best and irresponsible at worst.

But to dismiss this as a once-in-a-lifetime event would be a mistake. With more very powerful storms forming in the Atlantic this hurricane season, we should know better. We must listen to those telling a more complicated story, one that involves decades of land use planning and poor urban design that has generated impervious surfaces at a fantastic pace.

As the Houston region turns its attention to rebuilding and other cities consider ramping up efforts to make their infrastructure more resilient, it is this story that can provide valuable lessons for policymakers, planners, engineers, developers and the public. These lessons are all the more important against the backdrop of a Trump administration that has stripped requirements for infrastructure projects to consider climate impacts and may try to offer an infrastructure investment package.

We draw from our research as a social scientist and an engineer and from our experience helping to lead the Urban Resilience to Extreme Weather Events Sustainability Research Network (funded by the US National Science Foundation). Here are six rules for investing in infrastructure for the 21st century that recognize the need to rethink how we design and operate our infrastructure.

If we design with the technologies, needs, and climate conditions of the 20th century, we will no longer serve society and the hazards we will encounter now and in the future.

Proactive maintenance first. In 2017, US infrastructure was given a D+ by the American Society for Civil Engineering Infrastructure Report Card. The bill to repair all those deteriorating roads, bridges and dams would tally $210 billion by 2020, and $520 billion in 2040. For example, the US Army Corps of Engineers estimates there are 15,460 dams in the US with “high” hazard ratings.

Invest in and redesign institutions, not just infrastructure. When analyzing breakdowns in infrastructure, it is tempting to blame the technical design. Yet design parameters are set by institutions and shaped by politics, financing, and policy goals.

So failures in infrastructure are not just technical failures; they are institutional ones as well. They are failures in “knowledge systems,” or the ability to generate, communicate, and utilize knowledge within and across institutions. 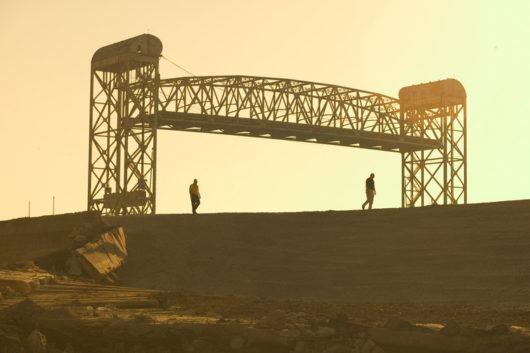 A temporary levee built after Hurricane Katrina. A number of people knew the vulnerability of the levee system before Katrina but the institutions responsible did not adequately respond. (FEMA/Andrea Booher, CC BY)

For example, the levee failures during Hurricane Katrina are often interpreted as technical failures. They were, but we also knew the levees would fail in a storm as powerful as Katrina. And so the levee failures were also failures in institutional design—the information about the weakness of the levees was not utilized in part because the Hurricane Protection System was poorly funded and lacked the necessary institutional and political power to force action.

Design for climate change. When it comes to infrastructure’s ability to handle more extreme events that are predicted to come with climate change, the primary problem is not bad engineering or faulty technical designs. Instead, it’s that infrastructure are typically sized based on the intensity and frequency of historical events. Yet these historical conditions are now routinely exceeded: since 1979, Houston alone has experienced three 500-year storms.

Climate change will make preparing for future storms much harder. These events are not just associated with precipitation and inland flooding but include more extreme heat, cold, drought, wildfires, coastal flooding, and wind. Buildings, roads, water networks, and other infrastructure last decades and designing for historical events may result in more frequent failure as events become more frequent or intense with climate change. Infrastructure designers and managers must shift from risk-based to resilience-based thinking, so that our systems can better withstand and bounce back from these extreme events. 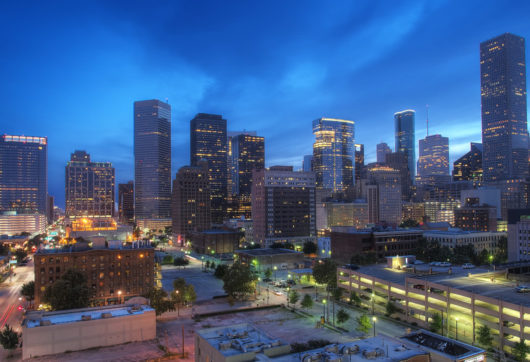 Individual decisions on flood drainage for specific locations in heavily paved Houston may have been considered sufficient but planners need to consider how the entire region can handle flooding and other extreme weather events. (Om, CC BY-NC-ND)

Manage infrastructure as interconnected and interdependent. In his 1987 essay, “Atchafalaya,” writer John McPhee explores efforts by the U.S. Army Corps of Engineers to control the Atchafalaya and Mississippi River systems. He brilliantly showed that rather than bringing predictability to a complex and meandering riverine system, the Old River Control system created unpredictability. “It’s a mixture of hydrologic events and human events .… This is planned chaos .… Nobody knows where it’s going to end.”

While floodplain management has made advances since then, the impact of development and infrastructure design is still often considered on a piecemeal basis. As Montgomery County engineer Mark Mooney noted in a recent Houston Chronicle article, “I can show you on any individual project how runoff has been properly mitigated. Having said that, when you see the increase in impervious surfaces that we have, it’s clear the way water moves through our county has changed. It’s all part of a massive puzzle everyone is trying to sort out.”

Infrastructure planning and design must consider the legacy of past decisions and how risks build up over time as ecological, technological and human systems interact in increasingly uncertain and complex ways.

Create flexible infrastructure. Given that our infrastructures are centralized and satisfy demands that don’t change rapidly (we use water and electricity much in the way we did over the past century), they tend to be inflexible. Yet we need our urban systems and the infrastructure that support them to be resilient. And flexibility is a necessary precondition for resilience.

Current designs favor robustness and redundancy. These infrastructure tend to be difficult to change and the managing institutions are often structured and constrained in ways that create barriers to flexibility. Consider the difference in flexibility of landline versus mobile phones, in terms of both use and changing the hardware. Similarly, new strategies are needed to incorporate flexibility into our infrastructure. In the case of hurricanes, roadways with smart signaling and controls that dynamically adjust stoplights and reverse lanes to allow vehicles to evacuate quickly would be of significant value.

Design infrastructure for everyone. Large disasters almost always highlight systemic social inequalities in our communities, as we saw in the 1995 Chicago heat wave, Hurricane Katrina, and now Hurricane Harvey.

Yet as cities rebuild and other cities watch to glean lessons, we consistently sidestep the historical legacies, public policies and political-economic structures that continue to make low-income and minority populations, such as homeless people, more vulnerable to extreme weather events. For this to change, infrastructure must be designed with the most vulnerable in mind first.